The PI's responsibilities include, but are not limited to, ensuring: 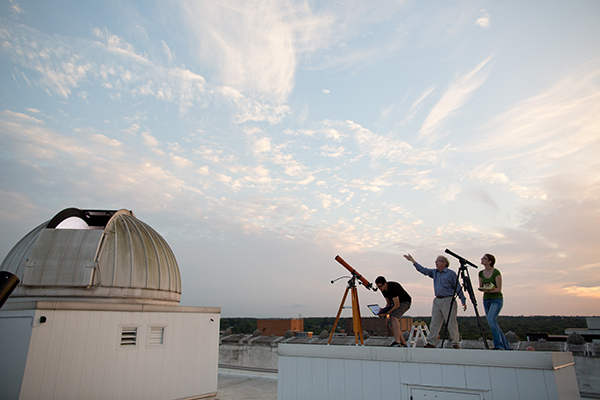 The U-M Principal Investigator (PI) is a University of Michigan (U-M) employee having the background and training in scientific and administrative oversight necessary to conduct and manage a sponsored project. The individual must be treated by the appointing unit as an independent investigator and by U-M as a non-temporary employee. The expectation is that eligible U-M PIs will submit proposals through their primary appointing unit, unless the units involved have other explicitly approved other arrangements.

Who can or cannot serve as U-M PI?

A U-M Sponsor Principal Investigator (PI) is an employee or U-M student who meets the eligibility requirements of the sponsor.

In most cases, the PI-eligible by both the Sponsor definition and the U-M definition are the same individual and are named in the U-M Principal Investigator field of the Proposal Approval Form (PAF).

When an individual does not qualify as both the Sponsor PI and U-M PI, both must be named separately on the PAF:

U-M will allow anyone employed by U-M who meets the sponsor's guidelines for eligibility to serve in the Sponsor PI capacity. This situation corresponds to the Proposal Approval Form (PAF) role of "U-M Sponsor Principal Investigator." U-M will recognize that individual as the U-M Principal Investigator as long as the employment criteria and level of independence associated with the current job title as defined below is met.

Certain sponsored project competitions may be directed specifically to the fund or may support individual students, fellows, or other non-permanent employees. Examples:

The proposal format of these typically requires that the individual applicant (e.g., the student or fellow) be identified in the application as the PI in those cases.

If the Sponsor PI does not meet U-M's criteria for U-M PI, another individual meeting the requirements must be named to provide internal guidance and leadership for the scientific, technical, administrative, and financial aspects of a sponsored project.

In these situations, one individual will be identified on the PAF as the Sponsor Principal Investigator. The designation only should be used to identify the person leading the proposal on the PAF, when the term PI is not used in the proposal.

Requests for exceptions to the employee/student requirement can be considered. See exceptions defined below.

Exceptions to the PI eligibility limitations described above may be granted by the school/college/institute/center ultimately responsible for the conduct of the sponsored project as indicated by approval of the Dean or their designee in the eResearch Proposal Management System (eRPM) of the PAF to which the exception applies.*

In order to grant an exception, the approving school/college/institute/center must ensure that the following criteria are met:

By approving the exception, the school/college/institute/center agrees that it will assume responsibility for ensuring the fiscal and programmatic obligations of the award are met if the Principal Investigator is unable to do so. Examples of exceptions:

This is not an exhaustive list and each unique situation should be assessed based on the facts and circumstances of the particular exception request.

*The Office of Research and Sponsored Projects reserves the right to deny exceptions for ineligible principal investigators where reasonably necessary to protect the interests of the University of Michigan.

All investigators are expected to sign the PAF prior to proposal submission as well as the Award activity. See the Sign PAF/Award Activity page.

Note that this differs from the signature authority that U-M grants to ORSP and other U-M officials. PIs do not have the authority to sign on behalf of the university. Training, research, grants, and contracts may need to be signed by an authorized ORSP representative.

If the sponsored project is not being transferred to the PI’s new institution, a replacement PI must be named. See the Post-award Change Request Form (PI/Key Person Change section) for guidance on this process.

Additionally, U-M will recognize multiple individuals serving as Sponsor PI or PI when the sponsor explicitly allows it. All sponsored projects are formally awarded to the Regents of the University of Michigan. Consequently, a PI may not enter into any agreement without the approval of the Dean, Department Chair, and Office of Research and Sponsored Projects (ORSP).

Project Directors of RTC-eligible projects are urged to consult with the appropriate ORSP Project Representative should they have any questions on matters related to prior approval requirements, pre-award costs, no-cost time extensions, unobligated fund balances, space alterations and renovations, cost allocations, and non-competing renewals.

Where can I find the eResearch definitions of a principal Investigator (PI), participating investigators, key/senior personnel or non-faculty investigators?

A full page of definitions of principal investigator (PI) and other key personnel can be found in eResearch Proposal Management System's help text. Also see SPG 500.01.

What should happen if a Principal Investigator is leaving the university?

If a U-M Principal Investigator leaves the University prior to the end of a sponsored project, leadership arrangements for the duration of the project should be discussed with the unit, ORSP, and the sponsor, in advance of departure.

Other U-M Campus Workshops and Training